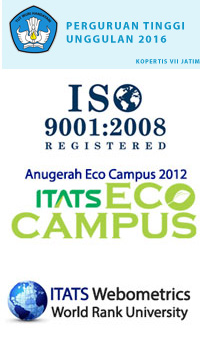 In order to understand the effect of porous media on hydraulic jumps, a smoothed particle hydrodynamics (SPH) model is applied to investigate the characteristics of hydraulic jumps interacting with porous media. Various porosities including cases without an obstacle or with a solid obstacle or porous media are considered. The opening of a gate was altered to adjust the hydraulic jump. The conjugate depth ratio, bottom shear stress distribution, and energy dissipation are reported. In the present study, validations are in a good agreement with previous studies. Overall, the result showed that the average error between numerical and experimental data was less than 7.2%. Energy dissipation is compared among cases with three porosities, with and without a solid obstacle. The porosity of 0.68 is found to dissipate more energy than do other porosities. Thus, porous media can be used to enhance energy dissipation of hydraulic jumps in an open channel. In conclusion, the proposed SPH model can simulate the effect of porous media on hydraulic jump characteristics.

Surabaya community always busy with routine, including the teenagers. Many teenagers visited Apsari Park to refresh the mind. The visitors are dominated by teenager. The attraction from Apsari park is the diversity of vegetation. This study aims to analyze the teenager’s perception about vegetation arrangement at Apsari park. Study design through theoretical studies. We used quantitative research method and multi-stage analysis. Data were collected by random sampling and structured interview. The research process was carried out by distributing questionnaires. The results can be a guidance in managing the design of vegetation and create a government policy about the City Parks.

In an effort to eliminate boredom because of routine, teenagers in urban areas usually visit City Park for cool, natural and aesthetic atmosphere. City Park has become a necessity for them. The problem is, what factors play in the perception of teenagers in evaluating the aesthetics of City Parks. The purpose of this study is to analyse and determine the factors. To support the data, an examination on the results of previous studies was conducted. The descriptive research method was employed through field observations by distributing questionnaires to teenagers as the respondents. Data collection was performed using random sampling. Analysis and discussion were done by sorting and counting each respondent selected variables (quantitative) before it was evaluated to determine the factors of teenager’s perception in evaluating City Park aesthetics. This study showed that the arrangement and diversity of vegetation, facilities, safety and comfort of City Park were the main factors used by teenagers in evaluating the aesthetics of city parks. This research supports the emergence of a new theory about teenager’s perception on City Park aesthetics, as well as contributing to the development of knowledge through new research on City Park.

ABSTRACT
Natural Resources on earth are very abundant one of Natural Resources is Fuel. But the last few years the energy
is a crucial issue in the world. One alternative is biogas energy. Biogas is a viable energy used technically, socially, and economically mainly to solve the energy problems in rural areas. In the present study, aims to identify and analyze the performance of the biogas stove. In this study, will be tested various forms burner i.e. regular shaped burner, Cyclone 1, and Cyclone 2. The results showed that the power of a cyclone burner biogas stove shape is higher than that using a biogas  stove burner usual form. As for the efficiency of biogas stoves shape cyclone burner 2 is higher than the efficiency of  biogas stoves that use a form of ordinary burner. From another aspect, namely the mass of the steam generated by the cyclone burner type 2 is greater than the other burne.

ABSTRACT
PitzDaily nozzle was the most substantial component in a gas turbine. This nozzle was used to mix air with
propane. In the application value of turbulence and vortex center was very important for this type of nozzle. Reynolds number was a parameter used to see its effect on the value of turbulence and vortex center. The method applied was a numerical simulation by using OpenFOAM. This simulation was performed to determine the distribution of pressure,streamline, turbulence, and vortex center. The study was conducted by varying Reynolds numbers 12210, 50000, and 100000. Grid independent test was made to validate with the results of previous research. By this simulation results indicated that this method was feasible and the solver was highly accurate. The results showed that the higher the value of Reynolds number, the further away of vortex center rear nozzle. The mark of turbulence and vortex length were also increased. In addition to that the larger the value of this then the mixture of air and propane formed a fine grained, so it
became more perfect combustion.